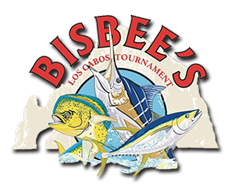 Bisbee’s, the worlds richest fishing tournament it´s again on Los Cabos, and Again their bet for entrainment for the event is Cabomax. Hermes, Omar and his band will be entertaining the Kick-Off Cocktail Party starting 6:30 pm on Puerto Paraiso Mall, located on Boulevard Lázaro Cárdenas on Cabo San Lucas, Baja California. According to Baja Post, “Bisbee’s Black & Blue Tournaments have been taking place in Los Cabos for over 30 years. The Bisbee’s are currently producing three tournaments—Bisbee’s East Cape Offshore in Buenavista which takes place each July, and the Los Cabos Offshore Charity Tournament and Black & Blue Marlin Tournament which take place every October in Cabo San Lucas.”

The Cabo Yacht Club located in the IGY Marina within Puerto Paraiso Entertainment Plaza (the mall on the marina where we normally are) at the beautiful La Central Restaurant. They will host the official Registration and Kick off party for the 2019 Bisbee Los Cabos Offshore (October 17-20) and the worlds richest billfish tournament the Bisbee Black & Blue (October 22-26). Registration, Team Photos, Red Carpet and Cocktails on both registration days. The location is very easy to find, in-between the Picante Sportfishing Offices and the Harley Davidson Motorcycles Store. It also lends itself for a perfect place to get in on the action and watch as the qualifying fish during tournament days get escorted to the scale. bisbees.com

Carbomax is proud to be selected again to deliver its entertainment formula to all visitors and contestants of this important tournament.